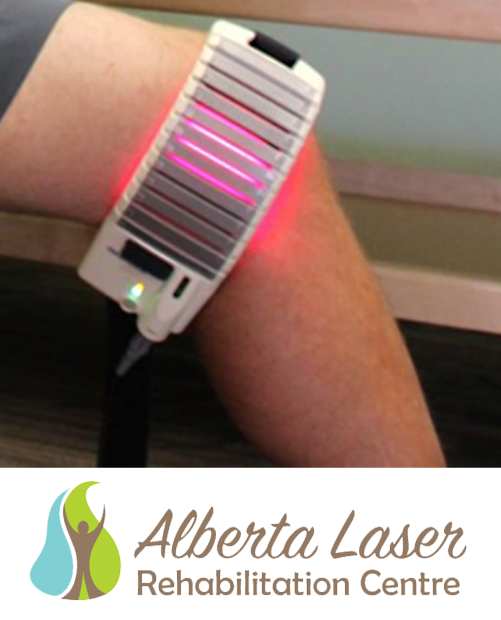 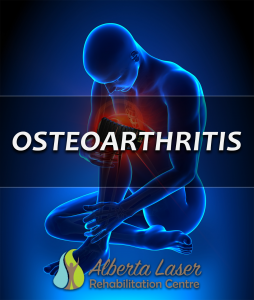 Why Canada is wasting millions on useless knee surgeries..

Also called Degenerative Joint Disease or Degenerative Arthritis, Osteoarthritis (OA) is the most common chronic condition of the joints, affecting approximately 27 million Americans. OA can affect any joint, but it occurs most often in knees, hips, lower back and neck, small joints of the fingers and the bases of the thumb and big toe.

In normal joints, a firm, rubbery material called cartilage covers the end of each bone. Cartilage provides a smooth, gliding surface for joint motion and acts as a cushion between the bones. In OA, the cartilage breaks down, causing pain, swelling and problems moving the joint. As OA worsens over time, bones may break down and develop growths called spurs. Bits of bone or cartilage may chip off and float around in the joint. In the body, an inflammatory process occurs and cytokines (proteins) and enzymes develop that further damage the cartilage. In the final stages of OA, the cartilage wears away and bone rubs against bone leading to joint damage and more pain.

Osteoarthritis is becoming more problematic as the population ages. Recent reports suggest that the benefit of anti-inflammatory drugs is unimpressive and the incidence of side effects is worrying. Low-level laser (light) therapy (LLLT) aka Photobiomodulation Therapy (PBM) is an alternative approach with no known side effects and with reports of substantial therapeutic efficacy in osteoarthritis. In this issue of Arthritis Research & Therapy, Alves and colleagues used a rat model of osteoarthritis produced by intra-articular injection of the cartilage-degrading enzyme papain to test 810-nm LLLT. A single application of LLLT produced significant reductions in inflammatory cell infiltration and inflammatory cytokines 24 hours later. A lower laser power was more effective than a higher laser power. However, more work is necessary before the title question can be answered in the affirmative.

In this issue of Arthritis Research & Therapy, Alves and colleagues reported an interesting preclinical study suggesting that near-infrared light applied to the rat knee has significant benefits on joint inflammation in an animal model of osteoarthritis. One in every two persons in the US will experience some form of osteoarthritis in their lifetime, and the incidence is 80% in those over 75. Treatment is with analgesics (acetaminophen), non-steroidal anti-inflammatory drugs (NSAIDs) (ibuprofen and diclofenac), and COX2 inhibitors (Celebrex, Pfizer Inc., New York, NY, USA), but these therapies have significant risks of adverse effects, such as gastrointestinal bleeding with NSAIDs and myocardial infarction with COX2 inhibitors. Low-level laser (light) therapy (LLLT) is a rapidly growing alternative approach to many medical conditions that require relief from pain and inflammation, stimulation of healing, and prevention of tissue death after injury or infarction. The red or near-infrared photons are absorbed in cytochrome c oxidase (unit IV of the mitochondrial respiratory chain), thereby increasing mitochondrial respiration and ATP production and initiating signaling pathways mediated by reactive oxygen species, nitric oxide, and cyclic AMP, ultimately leading to activation of several transcription factors. A large number of studies have examined the anti-inflammatory effects of LLLT and have reported reductions in inflammatory cell (neutrophils, macrophages, lymphocytes, and mast cells) infiltration in multiple pathologies and have shown reductions in several inflammatory cytokines, such as ILs and TNF-α. Many observers have reported that there is a biphasic dose response that operates in LLLT, and this means that increasing the total energy or the rate of energy delivery (power density) may be counterproductive, giving less overall benefit compared with lower doses of LLLT. LLLT has been used clinically in osteoarthritis for many years but is still considered controversial. Although a Cochrane review reported mixed and conflicting results, a subsequent analysis conducted by Bjordal and colleagues concluded that ‘the Cochrane review conclusion was neither robust nor valid. Further sensitivity analyses with inclusion of valid non-included trials, performance of missing follow-up, and subgroup analyses revealed consistent and highly significant results in favor of active LLLT for osteoarthritis’. This disagreement in the literature suggests that much more work comprising animal studies, clinical trials, and systematic reviews will need to be done before LLLT becomes accepted as a valid therapy.

Alves and colleagues used a clinically relevant model of osteoarthritis in which the proteolytic enzyme papain is injected into the rat knee joint, where it degrades the cartilage, thus causing inflammation. The knees received a single application of 4 J of energy from an 808-nm laser to the medial and lateral aspects of the knee, delivered at either 50 or 100 mW, and the rats were sacrificed after 24 hours. The authors found a significant reduction in inflammatory cells in fluid from synovial washing with both power levels but a bigger reduction in macrophages at the 50-mW power level. Reductions in IL-1β and IL-6 mRNA were found, with 50 mW being better than 100 mW, whereas a bigger reduction in TNF-α was seen with 100 mW. The authors hypothesized that the twice-longer illumination time needed to deliver the same energy at half the power may have been responsible for the better effect of the 50-mW laser application, and this agrees with a previous study that examined zymosan-induced arthritis in the rat knee and found that a longer illumination time was more effective. Previous work from this group had shown that LLLT in the same model increased angiogenesis and the amount of squamous epithelium while decreasing fibrosis in the joint. These results provide additional justification for the use of LLLT (especially near-infrared laser that has the tissue penetration required for joints) as a treatment for osteoarthritis. Nevertheless, it should be pointed out that the study was only an animal model, not a clinical study in human disease, and further studies will be necessary to define the benefits of LLLT in osteoarthritis. In addition to the demonstrated anti-inflammatory effects, LLLT may have benefits provided by its ability to act on nerves by reducing pain transmission and activating endogenous opioid receptors.

Acknowledgments
Research in the author’s laboratory is supported by National Institutes of Health Grant R01AI050875.

Copyright to this article is held by the author(s), licensee BioMed Central Ltd. This is an Open Access article: verbatim copying and redistribution of this article are permitted in all media for any purpose, provided this notice is preserved along with the article’s original citation.