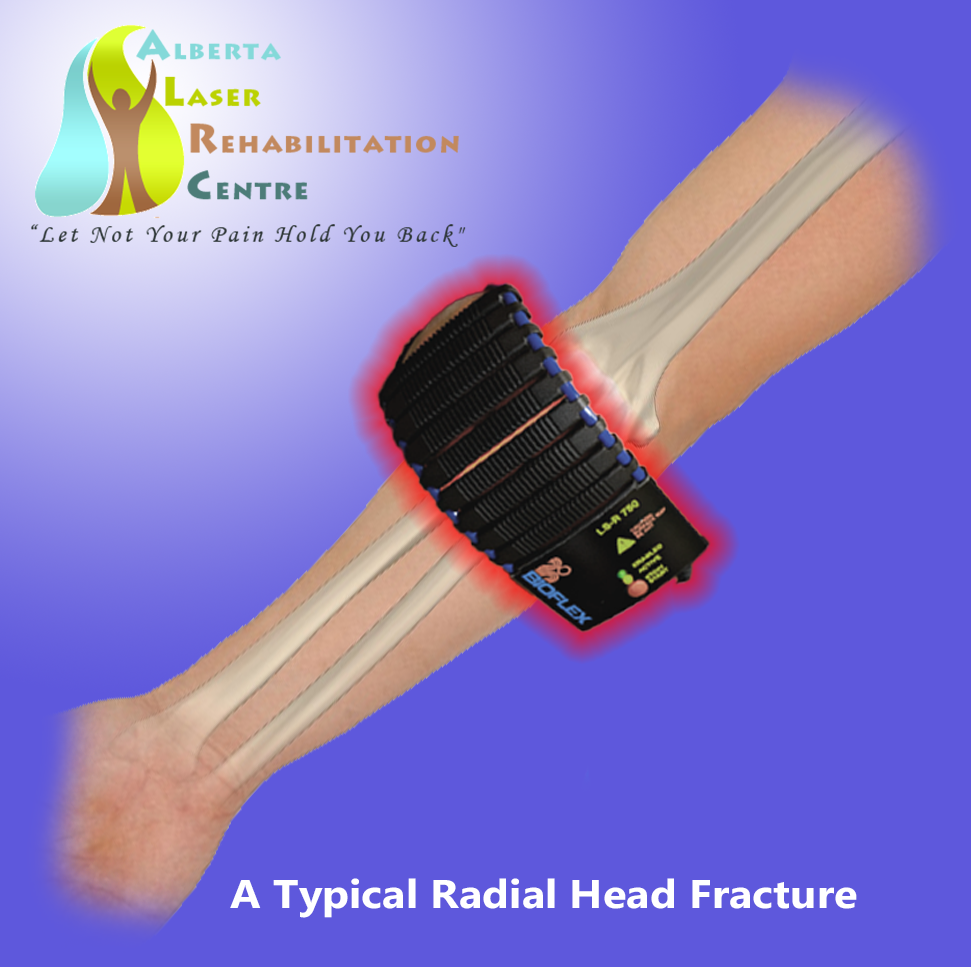 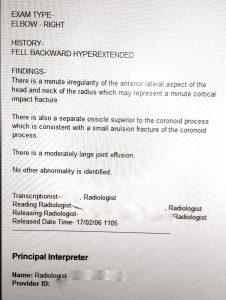 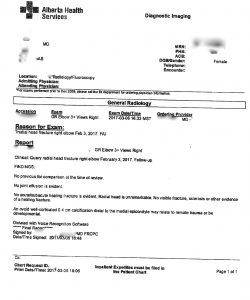 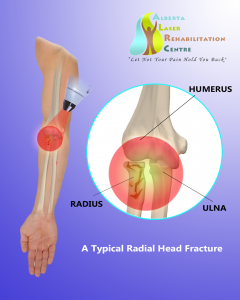 Radial Head Fracture: This is a case of LT, female active patient, presented with (R) elbow pain with limitation of range of motion (ROM). Condition started last February 3, 2017 , she was out of the province and having a holiday, patient fell backward on ice with hyperextended elbow.

Patient went to see an Orthopaedic Surgeon and had an X-ray on February 6th. Report revealed a minute irregularity of the anterior lateral aspect of the head and neck of radius which may represent a minute CORTICAL IMPACT FRACTURE. Present of a separate ossicle superior to the coronoid process which is consistent with a small avulsion of the coronoid process. There is also a moderately large joint effusion.

Patient used shoulder sling to immobilize the joint. And did icing therapy.

Patient noted that she felt improvement after each Laser Therapy session.

March 6th patient went for a follow-up X-ray. Report stated, NO joint effusion is evident , NO acute/subacute healing fracture is evident.Radial head is unremarkable. No visible fracture, sclerosis or other evidence of a healing fracture. An ovoid well-corticated 0.4cm calcification distal to the medial epicondyle may relate to remote trauma or be developmental. 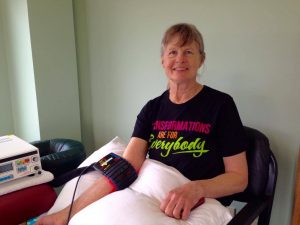 PBM/Laser Therapy played a major role in the rehab program, without the intervention of laser therapy, healing will be delayed which may lead to development of complications such as stiffness and eventually, joint contracture due to immobility. ALRC uses BioFlex Laser exclusively at their clinic.

Aside from laser treatment, patient was also given proper rehab program/advice depending on the stage of her condition to prevent stiffness of the elbow joint. At this point, patient will continue once a week of laser therapy for 4 weeks. Patient is doing strengthening exercises in conjunction with her laser therapy sessions.

Why Suffer? Let NOT Your Pain Hold You Back!  Schedule Your Assessment